Earlier during the pandemic, we found some relationships between restaurant visitation and spiking COVID-19 case counts.

In June, the states with the highest case counts also had a bigger proportion of restaurant visits and a smaller proportion of food retail visits compared to other states.

As the weather got warm in most places around the country, consumers slowed down on grocery shopping and home cooking in favor of restaurant dining - and this trend had a correlation to increase case counts of COVID-19. However, this finding was heavily influenced by the low restaurant visitation and low rate of new COVID cases in New York and New Jersey.  When those two states were removed from consideration, the correlation between amount of restaurant visitation and rate of new COVID cases became much weaker

While this correlation was not universal across states, some notable examples did appear again as 2020 went on. Wisconsin saw much higher-than-average restaurant foot traffic during May and June. Then, by early July, Wisconsin had one of the highest growth rates in new COVID-19 case counts. However, many states have been an exception to this rule and have not demonstrated a correlation.

Currently, states with the highest percent increase in daily case counts include California, Arizona, and parts of the Northeast. 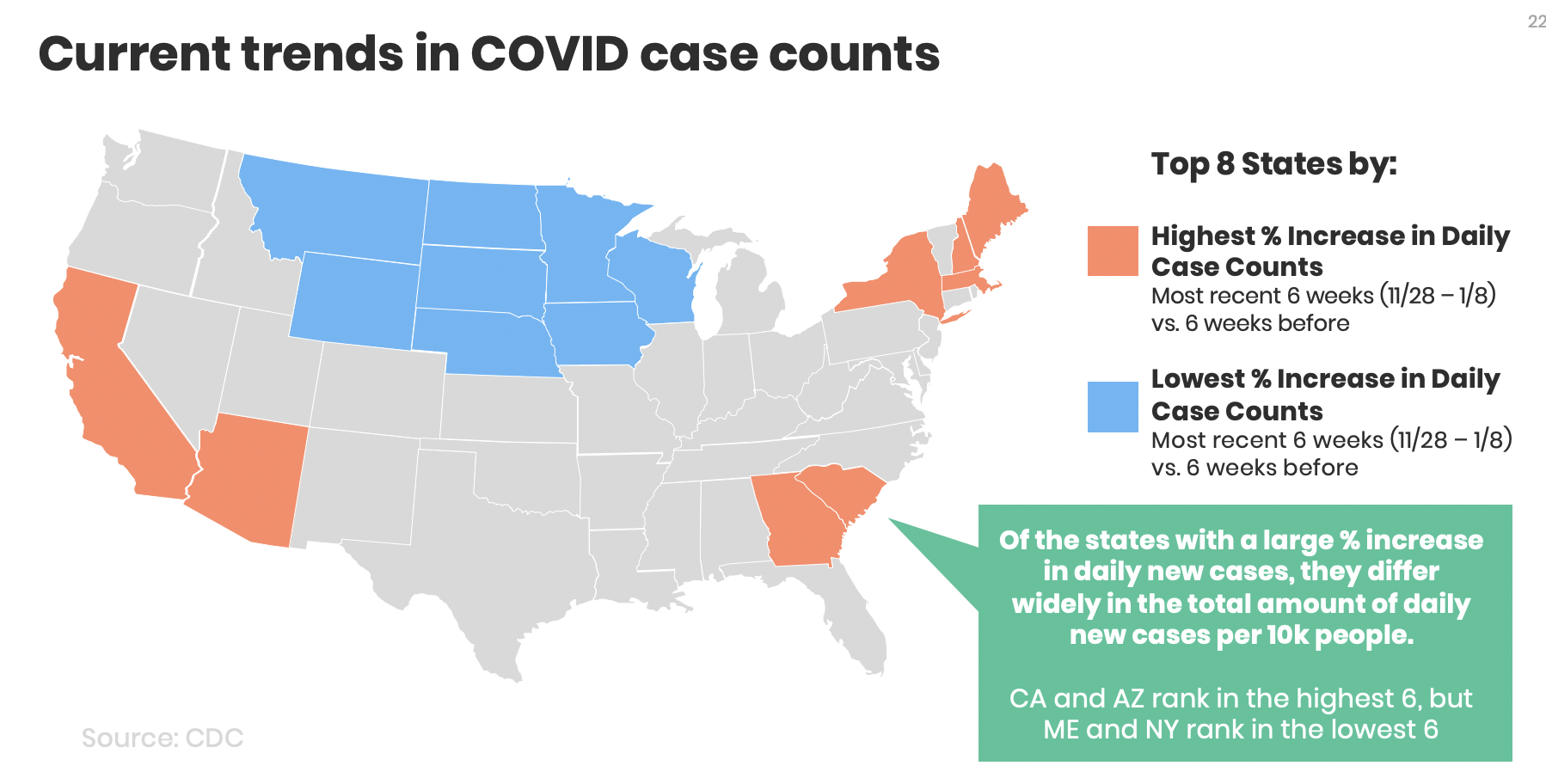 We no longer see a correlation between restaurant visitation and COVID case spikes. Plotted below are the states in which COVID-19 case counts are increasing at the highest rate.

There are no major increases in restaurant foot traffic that preceded case count spikes in these states.

In recent months, there doesn't seem to be a strong relationship between heavier restaurant usage and higher COVID-19 case counts, which suggests transmission is due to a more complicated set of behaviors than just access to things like restaurants.

This raises questions about whether strict restaurant lockdowns in states like California are really making a difference at all - especially when compared to other states that are trending equal or better than California in COVID cases, but do not have as much restriction on restaurant activity.

Watch the webinar recording below and download the slides here.

Don't miss our next webinar on Tuesday, January 19th. We will discuss consumer sentiment on stimulus checks. Register here.